This week I played two shorter games that I've wanted to check out for a while: El Shaddai: Ascension of the Metatron and Moon Remix RPG Adventure. Both ended up being great games that I didn't feel like I had to pour my every waking hour into for once, and it was a really nice break from long jrpgs haha. Most of the music I got into this week was from either Persona 4 or Moon Remix, so I think this week I'll only talk about the two games. They deserve full writeups each anyways 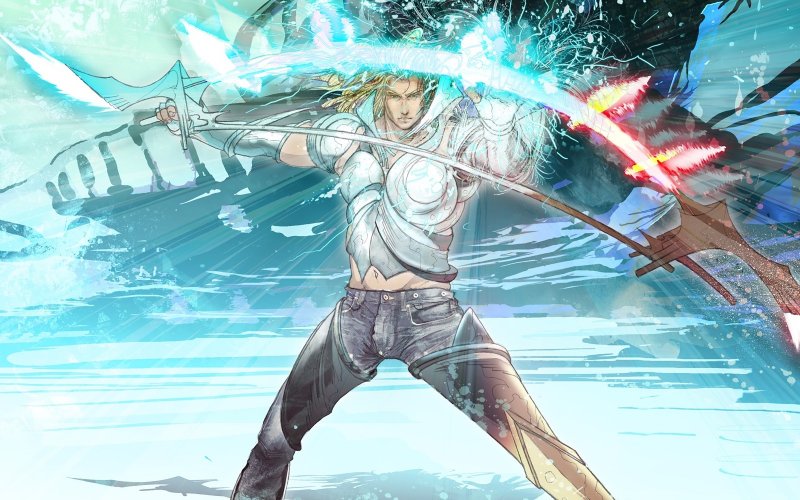 After Persona 4 I wanted to play a few shorter games, and the first one on my list was El Shaddai: Ascension of the Metatron, a 2011 hack and slash/platformer for the Xbox 360. I don’t really remember how I found this game, but I’m glad I did! The art style is gorgeous, the gameplay is fun (for the most part: we’ll get to that later) and the story is pretty interesting, especially with how it interacts with the lore of the world.

In El Shaddai you play as Enoch. Like, the biblical “Book of Enoch” Enoch. In fact, the game is loosely based off of the Book of Enoch, but not from a contemporary christian mindset, aka it’s not the Christian Rock of video games. Instead, the developers behind the game treat the subject matter more like a mythology, and decide to have fun with the aesthetics and the details. So your guide/save point, Lucifel, has a flip phone that he is always calling God on. Enoch wears jeans under his God-given armor. Overall it still feels biblical, but more like Neon Genesis Evangelion than Bible study, which is, in my opinion, super dope

Now as far as the gameplay goes, it's a hack and slash game (I think, I haven't really played any other hack and slash games lol) with a pretty interesting fighting system. It's pretty basic at first, just one attack button and one guard button, but you can combine those with the jump button and with each other for a little bit more variety. However, the best part of the combat is the weapon stealing mechanic. You see, there's three weapons in the game: the Arch, a close range, pretty agile weapon; the Gale, a long range gun sorta thing; and the Veil, a slow tanky short range damage dealer. The Veil is basically those toy hulk hands kids have but also a shield.

You get these weapons by stunning enemies and stealing their weapons. Anyways, rather than choosing one weapon and keeping it for most of the game, the best way I found to play is to steal every weapon you can, as they're all pretty good, and enemies are muuuuch easier to deal with when they're unarmed. It's a lot of fun to keep switching weapons like this, since you've got to keep switching up your strategy. Honestly it elevates the combat from kinda boring to pretty fun! Which is good, you fight a lot in this game.

The other main gameplay pillar, platforming, is much less well done. See, this game doesn't have camera control, and the beautiful visual style includes a transparent image on top of the whole screen that, while it looks great in most scenes, works with the fixed camera to make judging jump direction and distance pretty much impossible. And that'd be fine if the platforming was kept to short bursts to break up gameplay a bit, but there's 2 very platforming heavy levels and they're easily the worst parts of the game. The only saving grace here is that falling off ledges doesn't have very much of a penalty, mitigating some of the frustration, but not by very much.

Even that platforming doesn't tarnish the whole package too much. It's got too much charm and creativity to be brought down by that. The game feels like you're playing an abstract painting with fighting mechanics, and that's about all I can ask for in a game?? Super unique, super cool, and with some really cool gameplay uphevals in some levels that I Will Not be spoiling, this is a great game with some clunk on it. Huge recommend, especially if you have an old Xbox 360 lying around (it does not play on Xbox Ones). 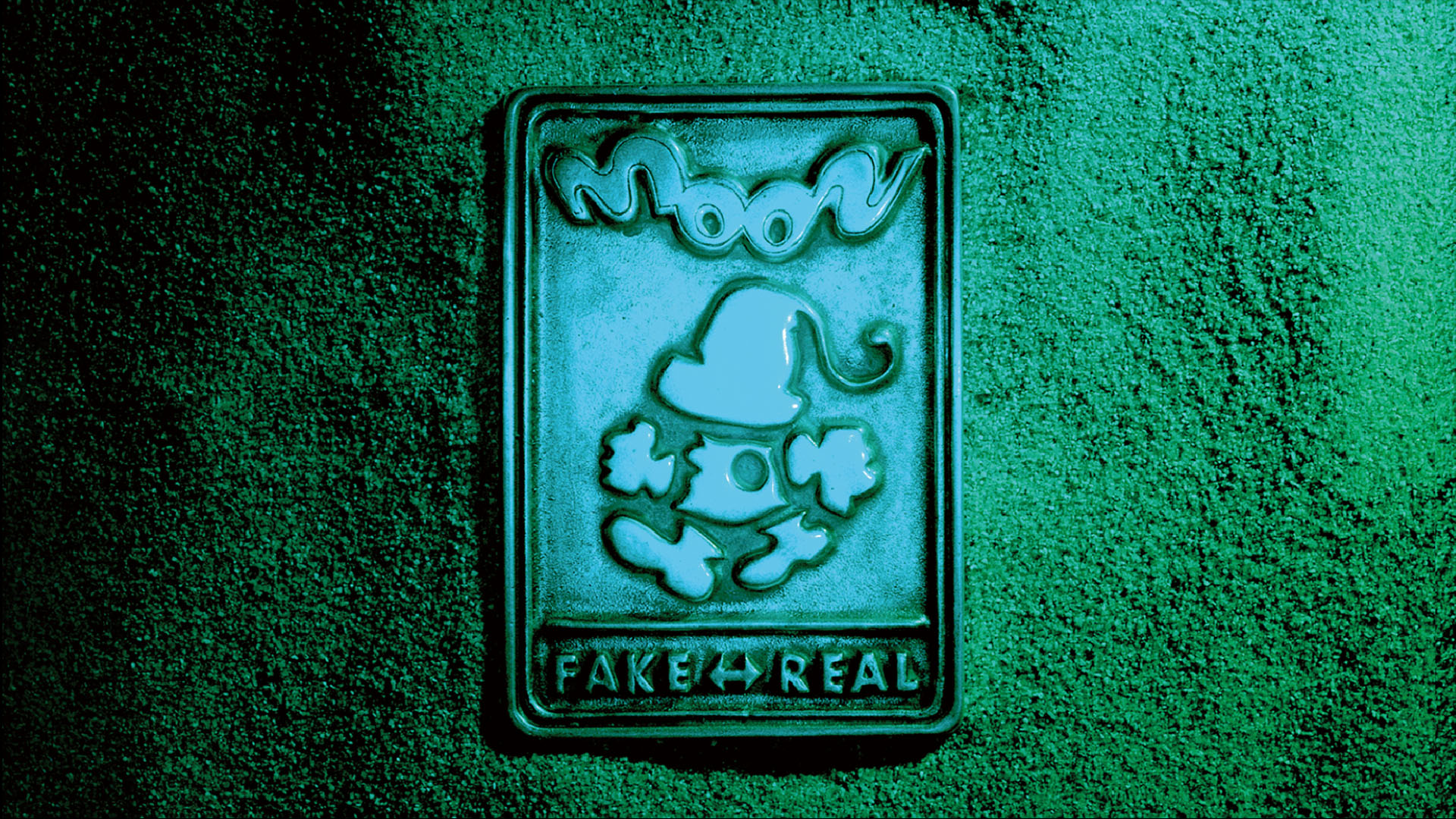 Er, technically this game is called Moon Remix RPG Adventure, but on the Switch eShop it's just called moon, and I think it's a much less confusing title. Anyways this is an old PSX game that wasn't localized on release, but became known as one of those great games we never got in the West. By some strange miracle, it got localized a few months ago, and then somehow I found it while googling Nemuru Mayu (another un-localized psx game that I DESPERATELY want to play) and thought it looked really interesting!

Moon is an adventure game that hates RPGs. It begins with a satire of 16 bit JRPGs, especially Dragon Quest (I think?), and moves on to be something between a diss track and a deconstruction of them. Most of the shots it takes are pretty standard fare nowadays, making fun of the Hero for stealing people's stuff, fighting every animal he sees, and generally having no regard for the people in the land he's in, but the earnestness the game talks about these subjects with makes them hit pretty well. In fact, I'd say the earnestness of this game is it's biggest strength, maybe even the entire reason to play it. That's not to say the actual game here is bad here though, not by a longshot

The gameplay here is pretty standard for a 90s console adventure game. You walk around the world interacting with objects and solving puzzles. There are a few interesting twists however: Firstly, there's a day/night cycle, and the NPCs have a set route they follow depending on the time of day, and even the day of the week! It reminded me of Majora's Mask a little bit in this way, but that wasn't the first game to do that, it's just my first reference point lol. It's a cool system nonetheless.

The other big mechanic is that you can only stay awake for a certian amount of time each day before you get a game over. You can refill this time by sleeping, which also saves your game, or by eating food. You can also lengthen this time by completing tasks for the people you meet, or by saving the souls of the animals the Hero killed. That second bit is most of the game, and it's super wholesome and touching. You have to catch their disembodied souls and return them to their corpses, so an alien can rescue it! Even 30 animals in it still makes my heart warm to see it happen :).

Anyways, these tasks reward you with Love, which you use to level up every time you sleep. When you level up, you increase the amount of time you can stay awake, from just under half a day at the beginning, to 3 or 4 days at a time by the end of the game. Not only does this have thematic importance (one of the shots the game takes at RPGs is the idea of staying up late to play them, which I tooooaaatally didn't do with this game I swear hahaaha) but it also interacts with the day/night cycle in an interesting way. Since most parts of the game happen at specific times of day, once you have enough life you can just wait in a certain place, sometimes for days, waiting for the right time. This sounds kinda boring, and yeah it's not exactly thrilling, but it's honestly nice and relaxing, especially compared to so many games nowadays that fill you with constand action and movement. Plus, the soundtrack is bangin, and implemented in a way that helps this aspect of the game.

You see, you can collect "MoonDisks" in the game that have songs on them, and in the menu you can set up a 12 song "program", basically a playlist of songs from the ost. If you don't use these, most areas of the game are quiet, with only atmospheric sounds to accompany you. If you use these however, it feels like walking around listening to your iPod as a kid, and makes even sitting around feel more like time to breathe than time to wait. It also helps that the soundtrack is good enough to just sit around and listen to lol.

I love this game. Not only is it one of the best adventure games I've played, but it's a console adventure game too, which is extra points in my book (Point and click is fine, but character based stuff connects with me a lot better; see Shadow of Memories). It conjures up completely unique wholesome feelings in me while also being a biting satire of some of my favorite games. It's only 20 bucks on the eShop and it deserves to be better known than it is. Please give it a chance, maybe it'll fill your heart with love like it did mine.


So those are the two games I played this week! I'm not sure what I'm gonna play next, but I'll prob keep it short for the rest of the year (unless my buddy tells me he wants to start Persona 5 Royal soon!!!!!!!!!!). Maybe I'll finally play No More Heroes? Or maybe I'll go with a horror game, like Dementium. Or maybe I'll put myself through the hell that is Fire Emblem 1 that I now own on my switch. Find out next week on...... driftinginterests!!