Sorry I haven't posted in a while!! I feel like I haven't had a whole lot to talk about lately, or maybe I just keep putting it off haha. Here's a quick rundown of my last few weeks of gaming: I played through like half of the demos in the Haunted PS1 Demo Disk, a few other indie games (Even the Ocean, A Normal Lost Phone, Sluggish Morss, Escaped Chasm, Oxenfree, and To The Moon - all highly recommended), and I played Titanfall 2 (a good time but not as good as I'd hoped), but mostly I kinda felt like I was in a slump, gaming-wise. But now I'm coming out of it I think!! And that's mostly thanks to the release of Shin Megami Tensei III: Nocturne HD Remaster!! 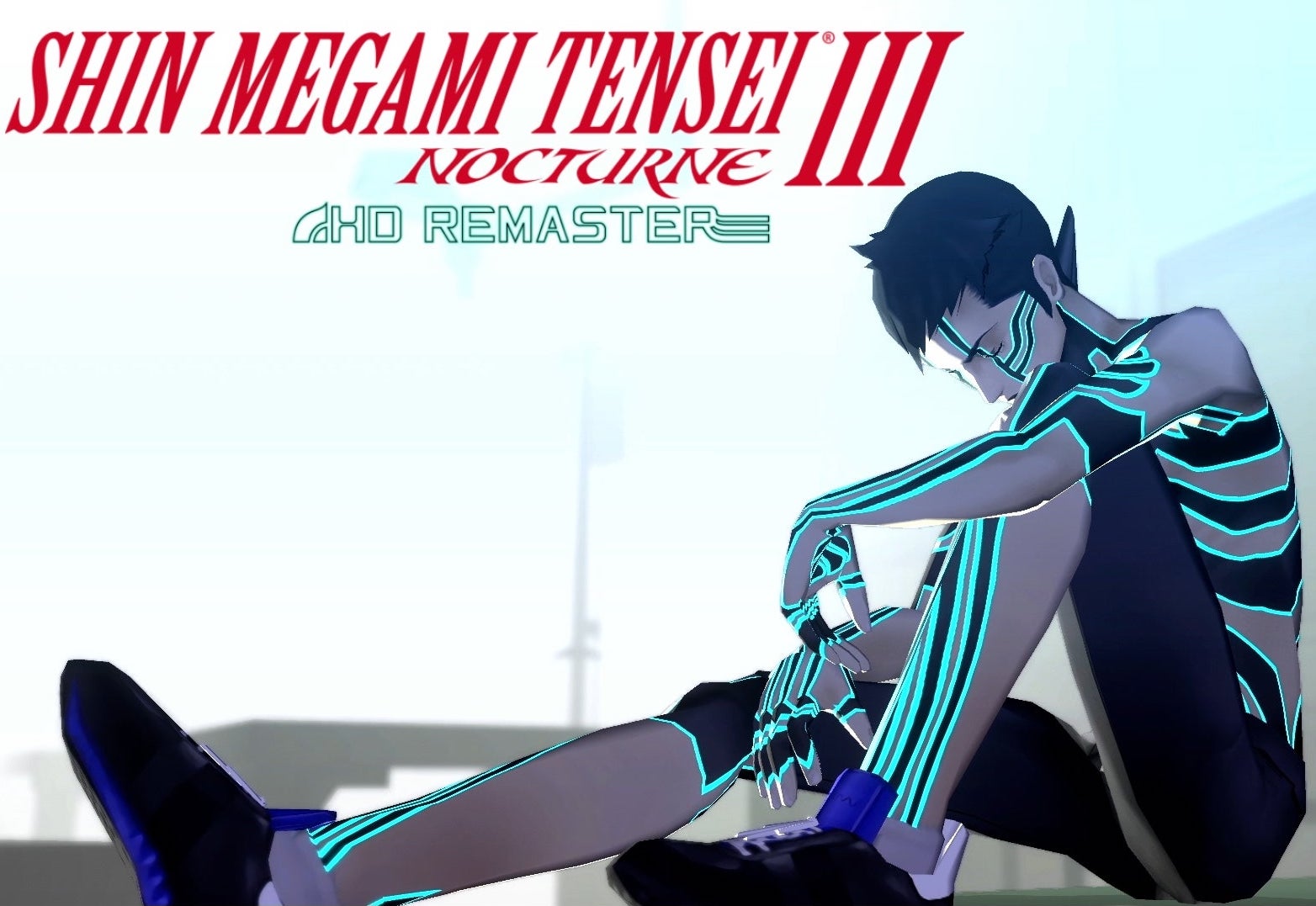 Alright so I wanna preface this by saying I've got a bigger post planned where I compare SMT 1-4, since I've finally played them all now!!! This is mostly an excuse to gush about this game in particular, all the special things about it and how much I love it, but also a way for me to get back on the blogging wagon so to speak haha. ANYWAYS, ON WITH THE GUSHFEST

If I've talked to you about this game already, you know what the first thing I wanna talk about is: the ART. This game might have the strongest, most consistent and atmospheric art style in any video game I've ever played. The simple, clean lines harken back to the pixelated and plain, yet atmospheric corridors of the SNES games, yet bringing that style into 3D allows a whole new kind of atmosphere to develop. These feel like real spaces, as sparse and minimal as they may be, and that sparseness boosts the eerie, lonely atmosphere of this game to absurd levels. Playing this game feels like getting lost in that one building on your college campus that left all the doors unlocked even late at night, so you decide to take you exploring, and you find floors and floors of nominally clean yet still kinda dingy rooms. Nothing in particular stands out among the repeated doors, yet as a whole it feels engrossing. On top of that, there's that sense you're not supposed to be here, yet here you are, walking these halls alone, every step echoing, every gust of air conditioning jump-worthy. That intoxicating atmosphere is exactly where this game resides, just with more appealing colors and less danger of being thrown out of the building lol

Helping this atmosphere along is the soundtrack. The Soundtrack. THE SOUNDTRACKKKKKKKKKKKKKKKKKKKKKKKKK. I haven't been able to stop listening to this game's ost for like a week now. It's atmospheric in all the right places, gung ho when the energy needs to be pumped up, and, uh, whatever the evil version of that is in boss battles. My favorite track's gotta be the theme to Ikebukuro, which is like an atmospheric trip hop dnb track with these absolutely nuts drums. It feels menacing yet laid back and I can't overstate just how crazy those drums are it's absurd I want to make drums sound like that pleaseeeeeeeeee Shoji Meguro show me how. Anyways my hottest take is that out of all the Shoji Meguro soundtracks I've heard, which include this and Persona 3, 4, 5, and 1's remaster, this is the best one. Yes, better than Persona 5. Leave a comment if you disagree!! But be nice about it >:[

ON TOP of having probably the best atmosphere and art direction (eat your heart out Persona 5) in any game ever, this game is also my favorite version of the mainline SMT formula. It dispenses with the worst annoyances of the older games, while being more cohesive? than SMT 4. Granted, all these games are great, this one just seems to take the best elements of all of them. The combat is quick and snappy, but never feels out of your control like it can get in the other games. The dungeons are big and eerie like the old games, but feel like explorable spaces with a few traps thrown in to make things interesting instead of a series of traps in a maze designed to make you go bald by the time you're 14. It's all just nice and smooth, and while there's some things I wish it had (slightly better performance, higher quality audio, non-random encounters) they all feel like nitpicks or wishes rather than actual issues with the game.

It's just so thematically and artistically confident, and consistent, and powerful. I love this game, and I'm not even done with it yet, but I can pretty much say right now that it's going on my favs of all time list, up there with KOTOR 2 and FFXII.

Thanks for reading!!! I'll try to keep up with posting a little bit better now! Next week I'll try to do a mainline SMT retrospective, so we'll see how that goes! Anyways, have a good day :)