It's the return of my buddy Xylon73! Also sorry i haven't posted in a while lol, maybe I'll do my persona retrospective soon. Anyways, on with the main event! 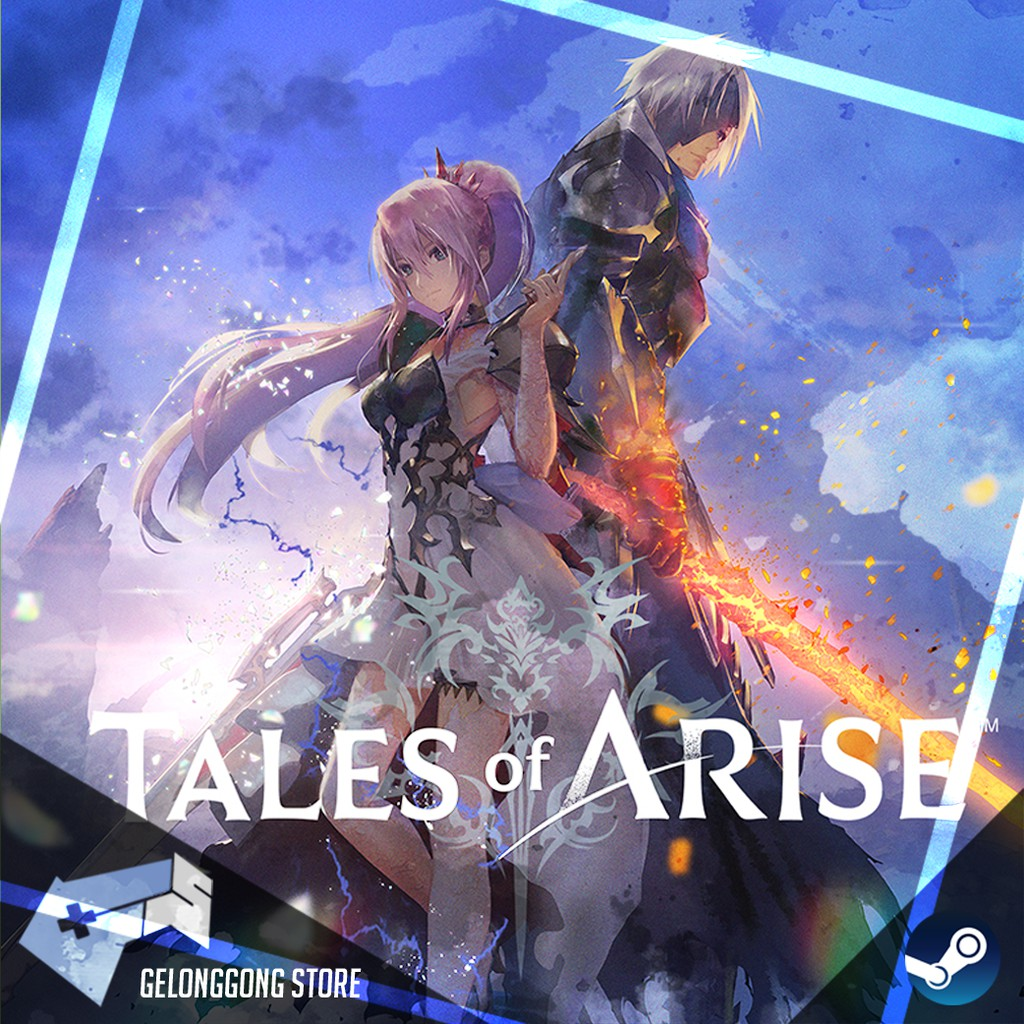 Hello all! I'm once again borrowing his blog to spit out my own thoughts. Enjoy!

Frankly I'm still kind of unsure how I feel about the game. I guess it's best to start from the beginning. To any who know me, you know Tales is one of my favorite series. I've been a huge fan since playing Symphonia as a kid. So the latest entry was of course getting me excited. It really was my most anticipated game for 2 years. I fully admit that led to my expectations being set high, even too high.

But, even with that said... I struggle to say I enjoyed this game. It does some right, and so, so much wrong. And I also fully admit a lot of critiques in this can be levied against other games in the series, and that's fair. But for some reason, this game really did not connect with me, and I want to find out why.

Let's start with the unabashed positive, the core character cast. Tales always nails this, and Arise is no exception. The party dynamic is wonderful, all the light-hearted skits nail. Each character has an effective arc that is expanded in the game, and the relationships they cultivate are genuine. My personal favorite is Dohalim, not only did I enjoy his arc but his presence in story scenes brought an element of rationalism I really appreciated. I enjoyed the other five immensely as well. I think the strongest element of the game is it's found family dynamic. That made me care about the characters, and enjoy their dynamic even more. Also, every review mentions this, but the game is exceptionally pretty. Environments look beautiful, character models are great. Action scenes are really impressive as well, chorerographed to be as intense as possible. The battles and animations are quality too. Aesthetically it’s gorgeous... on a surface level. But I'll talk more about that later.

The less happy side of things. The plot is... nonsensical at times. Its content is interesting, just very poorly delivered. And there were several times I found myself just nitpicking stupid things or getting frustrated about the sequence. But by far the most egregious part was the pacing. The ordering and timing of events. It's just straight terrible. The first half of the game has this absurd push to go go go to the next objective, leaving no time for moments to breathe. The game doesn't do a great job of giving the proper weight to scenes, leaving the whole first half feeling frenzied. And then the second half is the exact opposite... sort of. Its info dump after info dump, life-shattering realization into crucial lore element. Delivered in cutscene, skit, walk a few steps, cutscene format. The pace of information delivered is the same, but the method is the opposite. Neither works. Arise's plot needed to be more balanced so that all the crucial info doesn't come at the very end, and the beginning feels unnecessary, from a plot standpoint. I also want to bring up the antagonists. This is the element of Arise’s plot that disappointed me the most. The lack of a convincing antagonist to parallel the heroes is a constant struggle, leading to very murky goals aside from “save the world”. We’re a far cry from some of the series best in my opinion. Thematically I'm also quite unsure about the game. I'd love to discuss more on this point, but I do struggle to see what's there beyond a discrimination is bad theme.

This applies to the characters unfortunately as well. I mentioned Dohalim being my favorite, but looking at this character arc, the amount of distance between the "him" moments is incredible. Obviously, there are going to be gaps, but looking at someone like Rinwell, whose arc I do think is paced well, it’s a point to bring up. I also want to talk about aesthetics one more time. It's undeniably beautiful, but... it’s very un-stylized if that makes sense. It doesn't feel cohesive. Maybe this is just cause they wanted areas based on elements, but going from blazing hot wasteland to frozen mountains made the geographer in me pause. Also, the models are great, but man some of them really struggle to emote. It's something I want to see further explored in their aesthetic department.

Gameplay-wise... whew. I know I'm not usually someone to speak on gameplay, but Tales is a series where I think that's very important. And overall I was... let down. The full removal of the linear motion battle system hit me harder than I thought it would. This is the least concrete I feel about something because it’s so nebulous. I know a lot of folks before the game launched were afraid it wasn't going to "feel" like Tales. And, I hate to say it, but for me, it doesn’t feel like Tales. I don’t know what else to say but that. Getting into some of the systems, I strongly dislike the CP system. It doesn't really make any sense from a worldbuilding perspective, and it really only hampers the player for... reasons? The beginning of the game is by far the worst part, with the most limited cp pool, and the 3 arte limit, which feels incredibly restrictive to me. It takes far too long to unlock 6 (12 if you count aerial artes), and even then it just feels so limiting. In a game designed around chaining artes, I don't know why you don't have access to more. The inclusion of a dodge roll to replace guarding is another one, I never found myself excelling at perfect evading, and the lack of animation canceling can make combat feel very clunky. For these reasons I found myself playing the casters more than the frontliners. Tales with LMBS always did have this fighting game feel, even in 3-d. And I feel like that's fully gone with this system. And the boost attack system is odd. I would constantly forget to use it. It doesn't feel well integrated with the other systems.

And I can't rant about Arise without bringing up the DLC. By far the most egregious part of this game imo is the almost blatant design around DLC. I purchased the digital deluxe version, so I got some DLC included, and I could FEEL how much of a difference it makes. The exp gain, sp gain, gald payout, AND cost of new skills, items, weapons, and others. It feels designed to REALLY push you to get the DLC. Get this gald DLC to never worry about orange gels with how low your cp stock is. You're already limited in how many orange gels you can hold, making them stupid expensive on top of that is frustrating. The banner that pops up IN-GAME when camping doesn’t help either. Gald and exp DLC is nothing new, but Arise REALLY takes it to a new level in encouraging players to buy the DLC. It's disgusting and frustrating.

The last knock I want to bring up is the music. Poor Sakuraba man. I can feel how limiting it must be to only go for that """"tales of sound"""", whatever that means. The music isn't anything special, and the fact that Go Shiina is working on the mobile game is frustrating, to say the least.

Alright, I think I've ranted enough about Arise now. It's a game I have complicated feelings about, and there's a lot I wish the game was that it just isn't. I think at the end of the day I feel frsutrated. I felt the heart of the game in those character moments and that's what pushed me through. I really like these characters, the credits made me feel warm and fuzzy seeing them happy. But there's so much holding it back, so many missteps and falters, I wouldn't even know where to begin in terms of offering a better outcome. If you enjoyed the game I'm genuinely happy. I know this studio can put out great work, and I'm looking forward to seeing what they do next. Thanks for reading! I'll have a post on twitter if you want to come chat! @Xylon73