For the last few weeks, I've been playing Lost Odyssey. It's an Xbox 360 JRPG made by Hironobu Sakaguchi and scored by Nobuo Uematsu. In other words, it's a very traditional Final Fantasy game, just made by people who don't own that IP anymore, and apparently were going through an emo phase while developing it????? 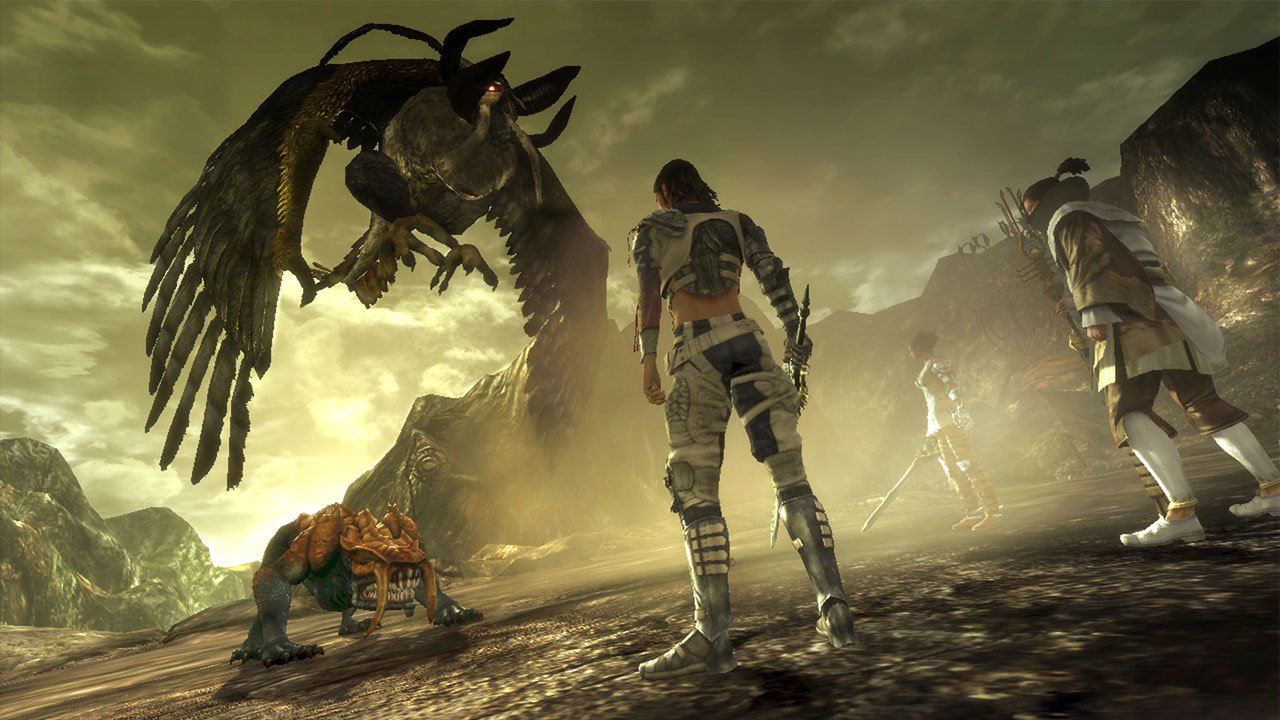 Yeah so if you can't tell by the title of this post or that last sentence up there, this is a Sad Gametm. Its sadness is the kind of sadness you experience as you age and you see your friends passing away, until you're the only one left, and all you have is memories. Honestly that's a pretty good summary of the first half of the game. To be less opaque about it, you play as Kaim, an immortal who's lived for a thousand years, yet lost his memory. As you play through the game, your memories start coming back to you.

Surprisingly enough, this isn't just a narrative device, it's also a mechanic! For memories that aren't story related, you "dream" them. These dreams are essentially short stories, presented as pages of text that appears on your screen in the most 2006 way possible: very overdone powerpoint-style animations. It's cheesy, but it actually kinda helps the presentation a bit. The stories feel as if they're being reminisced to you at a campfire, or a bar, by an old friend. The writing is also spectacular in these parts. These dreams manage to be the most affecting part of the game, telling stories of lives long gone, ending with a perfect gut punch or moral statement or trailing off, just like lives actually do. It's effective not only to build the character's history, but also to build the world as an place with thouusands of years of history, stretching far back before the plot here was even an idea.

The other most affecting moment in the game comes at (SPOILERS) the end of Disc 1. You help these two kids, and they take you back to their house, where you meet their mother. Turns out that 1) Their mother is dying and 2) She's your daughter who you thought had died. About five minutes later, she actually does die. No saving her, no resurrecting her, she's gone, leaving behind these two kids (who end up joining you on your journey). Before you go on with your journey however, you have a funeral for her. In most games (such as FF7), this would be a cutscene or two and you'd get on your way. Here, however, it's a set of like 3 or 4 quests, and takes about an hour. The quests are menial, just "go find flowers for the coffin" and "perform this easy matching game as part of the rites". Now, despite how boring that sounds, you really end up soaking in this character's death. The mundanity of the tasks reflects the mundanity of death. The time you spend here (about as much as you spend in each dungeon) cements it as a major event in the game. The lack of combat is refreshing, not only as a breather, but also as a game using a verb other than the usual "kill". It's a moment (maybe chapter is more accurate) that makes you reflect on death, and (END SPOILERS) it's genuinely stunning to experience if you're in the right mindset for it.

Beyond those moments and a few others like it, this really does feel like another Final Fantasy game a la FF7. The maps feel like a 3D version of the pre-rendered backgrounds in that game, the pacing feels simultaneously right out of a shounen manga and a hollywood movie, the main character is a dark edgy boy (er, man), and the cast is colorful without being a straight up comedy troupe. Hell, it's got a really similar setting to FF7, with the environmental message even being there, albeit significantly less focused on than in that game. It plays like the people who made Final Fantasy grew up, gained life experience, and came back. It's the late career dour folk album, so it loses some of the energy and excitement that those earlier entries had, but not to it's detriment (not too much at least).

That being said, as the game goes on, that dour tone gives way. Your characters (SPOILERS) gain their memories back (END SPOILERS), the situation becomes more dire, the party grows, and the plot starts snowballing. It's not bad, but it's much more standard feeling than the preceeding hours of the game, and it definitely started to lost me as the game went on. By the time I finished, I was ready to be done, which is not a feeling I particularly enjoy. I enjoyed the game, even through this last bit, but I think I would've appreciated it more if the game stuck to it's dour guns a bit longer, or just ended a few hours earlier.

If you enjoy Final Fantasy games but wish they felt a little bit more like Joy Division, this is a game you should definitely try. Hell even if you just enjoy jrpgs, this is a very good one to play, and one that's been somewhat forgotten (Xbox 360 jrpgs never did all that well). If you've played it, lmk what you think below!! Thanks for reading everyone, and have a good week :)