I beat three games last week. The first was Final Fantasy VII, one of the most talked about games in the history of games journalism. The second was Streets of Rage 4, a charming retro beat em up that had it's foot planted just a bit to far on the retro side of things for me personally, but was super enjoyable (especially with friends). The third was Metal. Wolf. 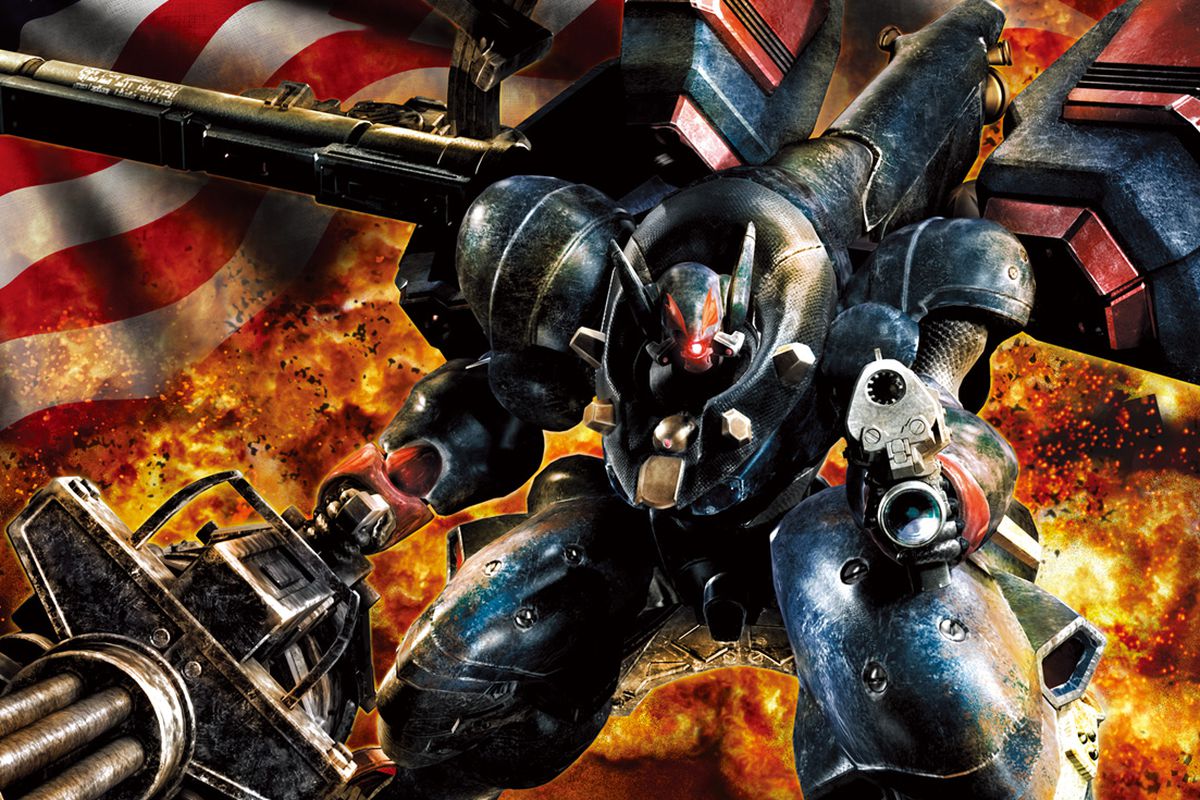 Let's back up a sec. I was planning on talking about Final Fantasy VII this week, since I've talked about every Final Fantasy game I've played since I started this blog in great depth, but after playing Metal Wolf I decided it'd be more interesting to talk about, since, like I said above, FFVII has been analyzed to death. In short, my thoughts on FFVII are similar to my thoughts on FFVI: Good difficulty curve, ATB is less fun than actual turn based combat, and the story moves at a nice breakneck pace while still developing its characters pretty well. The only real differences for me are that the difficulty curve was less consistent than FFVI (looking at you Demon's Gate), the world doesn't open up as non-linearly in the second half, and that there were so many minigames. Aside from that, if you wanna know my thoughts on this just read my FFVI post. On to Metal Wolf!!

Metal Wolf Chaos is another kinda jank early FromSoftware title, this time for the original Xbox. A lot of the weird wacky things this game does feel more intentional than Evergrace (which I talked about last week), so I feel like the programmery jank-ness of it all was less of a draw this time. Instead, this game is a high-action romp through the continental United States where you play as the 47th President, Michael Wilson, who has been ousted by a coup led by his vice president, Richard Hawk. If that sounds crazy on the surface, hoooooo boy it gets so much wilder. But that's about as far as most pieces about this game go. "Haha look at this crazy stupid game where you're the president in a mech!! All the lines are hilarious!!". It's a fate so many weird games get pushed into, which is a shame! So many "weird" games have so much to say through that weirdness, but the age of let's plays and streaming has put the focus on the shallowest possible observations. For example, Metal Wolf Chaos.

Yeah, it's a wild crazy game on the surface, but there's much more interesting things to be said here. For one, it almost feels like a hybrid between Armored Core-style mech customization and, like, a hack and slash? In that it seems to be rooted in twin stick shooters and beat em upsThe mech controls much more smoothly than in Armored Core, but it still feels heavy and immobile and awkward to control. And the story might be ridiculous and stupid, but it also feels like someone wrote a shounen manga about the United States! In the best way possible! Earlier this week I was throwing around the phrase "political satire written by people who don't know anything about american politics" and while the existence and tone of the game do support that reading a bit, I don't think it's trying to satirize anything at all? It doesn't take aim at anyone in particular, except CNN/the American Media and America's general warmongering ideals. Instead it feels like an adaptation of something like Fist of the North Star, with an intentionally ridiculous premise and characters swapping in for traditional shounen trappings. So instead of a stubborn loyal teenager, we get a stubborn loyal United States President who acts like a teenager. It's an absurdist take on that more than anything else, and it pulls it off with aplomb, while also allowing it's complete disconnect from reality to let some of the satire that's in there to hit pretty well, like when you're unbothered by destroying beverly hills because the "rich fat cats will build it back up nicer than before anyways", or the general destruction-lust the characters show. I love it.

Another thing about this game that I personally find interesting, as a nerd about cultural exchange, is the way that this game came about, and the reflection of that in the game itself. So when the Xbox originally came out, it was not a success in Japan. Like, not at all. My guess is it was too big and too American compared to the miniscule PS2, Dreamcast, and Gamecube, but regardless of the reason, Microsoft was looking to Japanese developers to draw audiences away from Sony and Nintendo. Some of the more famous games that came out of this are Lost Odyssey and Blue Dragon, Hironobu Sakaguchi's Xbox-branded and supposedly underrated (I'm gonna play Lost Odyssey soon I swear) Final Fantasy games. Metal Wolf Chaos was another pillar of this strategy. A mecha game created by the people behind The Mecha Games of the time, Armored Core, was sure to bring in Japanese audiences! (It didn't). The setting they came up with, inspired by their overseas contract with the very American Microsoft, reflects an "America as an aesthetic to draw in Japanese audiences" thought process, one that didn't translate well to sales, and didn't do much to break the view that the Xbox was an American's game console. It was big and loud, boisterous, in English yet not released in American for some reason, and feels about halfway to next gen at the time. This context brings this game fully into favorites territory for me, making some of the more bizarre decisions in the game feel more justified, yet no less weird.

I think more people should try this game without the veneer of "lol wacky" staining their expectations. It's a fun arcadey mech game that's also very interesting as a product that was released (initially) only in Japan. It's also just awesome.

Next week I'll be back to talk about Nier Automata? Maybe? Maybe I'll talk about No More Heroes instead, who knows? See ya, thanks for reading!